College Pension Plan is committed to helping you make the most of your pension. This guide is a provincial requirement. Please use the links at right to explore the topics most relevant to you.

The College Pension Plan provides secure retirement income for about 27,400 plan members, including employees and senior administrators at 23 public post-secondary institutions across the province. There are:

The above numbers include limited members (former spouses who are entitled to a portion of a member's pension).

The College Pension Board of Trustees is responsible for plan governance. Trustees are nominated and appointed by the four plan partners – the British Columbia Government and Service Employees' Union (BCGEU), the Federation of Post-Secondary Educators of BC (FPSE), the Post-Secondary Employers' Association (PSEA) and the provincial government.

The College Pension Plan Joint Trust Agreement sets out how the 10 trustees are appointed:

Trustees are responsible for governing the plan and managing the pension fund, which includes pension plan administration and investment of assets. They do this by making decisions and providing direction to: 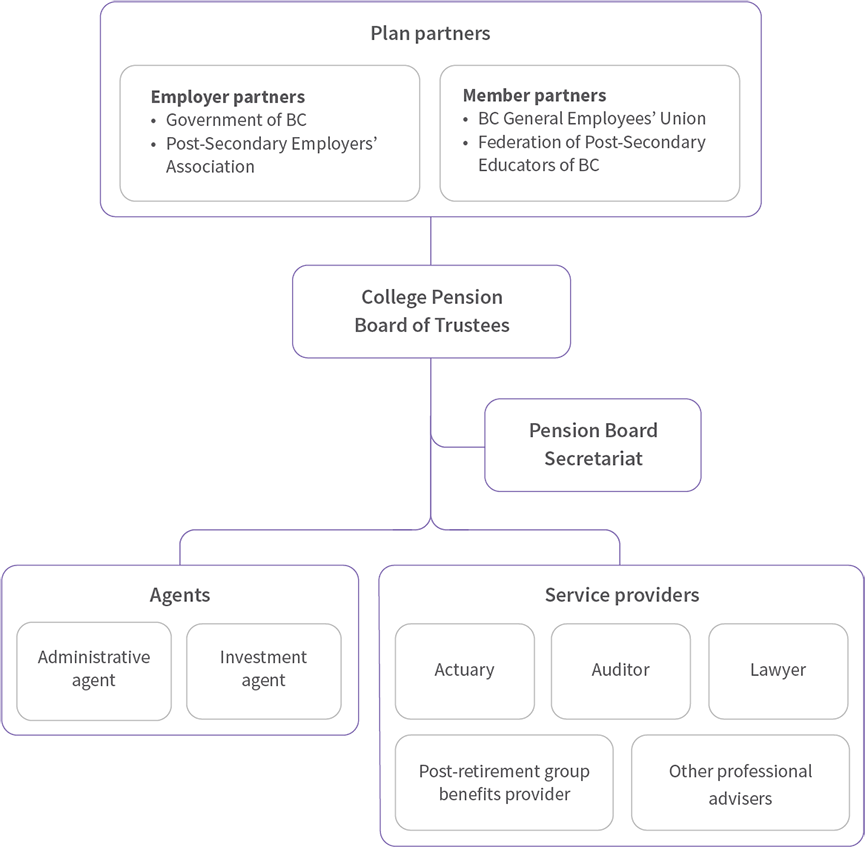 How to apply for a disability pension

When you can retire

Beneficiaries and your pension

Applying for your pension

How we calculate your pension

Retirement health coverage and you